The 2018 election cycle in America has brought a surge of female candidates. A record number of women ran or are running for the Senate, the House and governorships, according to the Center for American Women and Politics at Rutgers University. Many more are running for state legislatures and local offices. And in the process, they are finding that harassment and threats, already common for women, can be amplified in political races — especially if the candidate is a member of a minority group.

In 2018, the work is about Joan transcending flesh and becoming the metal she wore. In 2018, Joan of Arc is a warrior with power in her limbs. 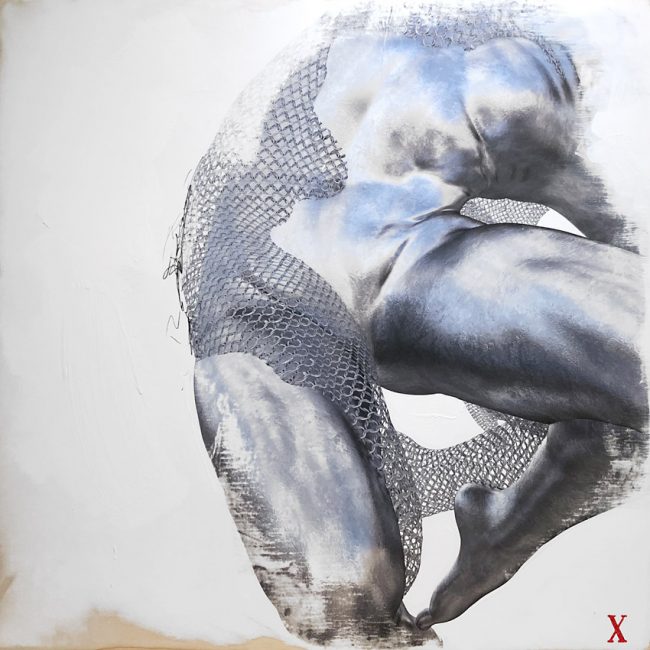 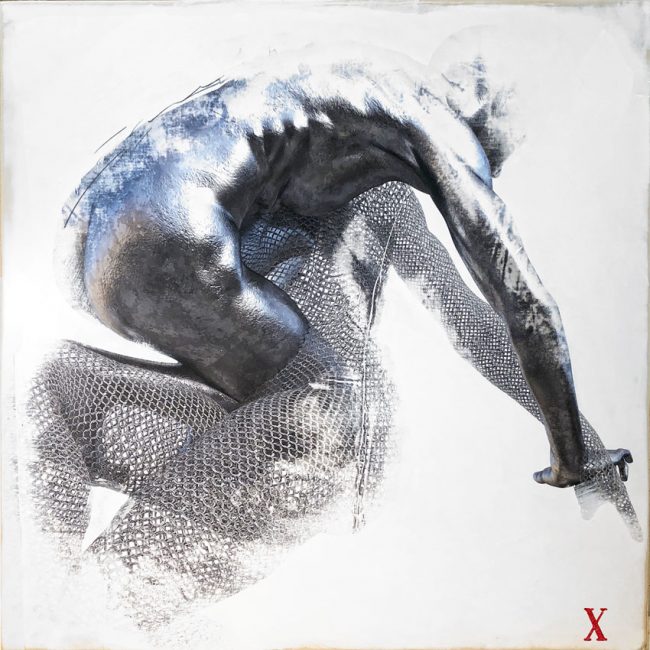 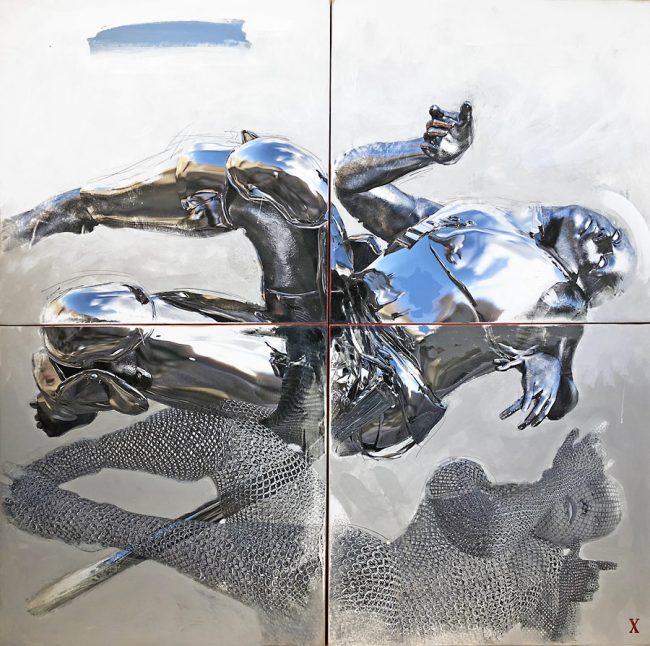 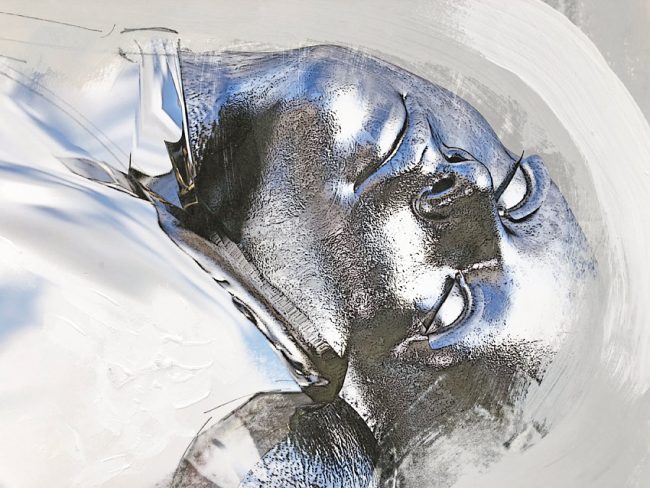 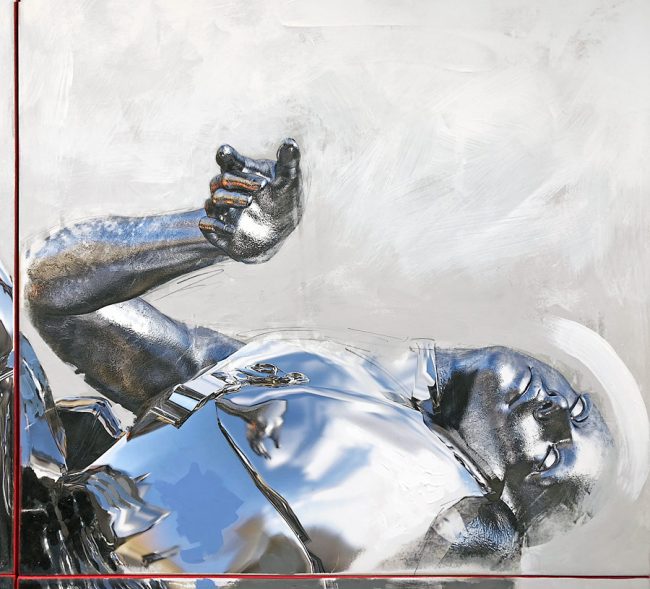 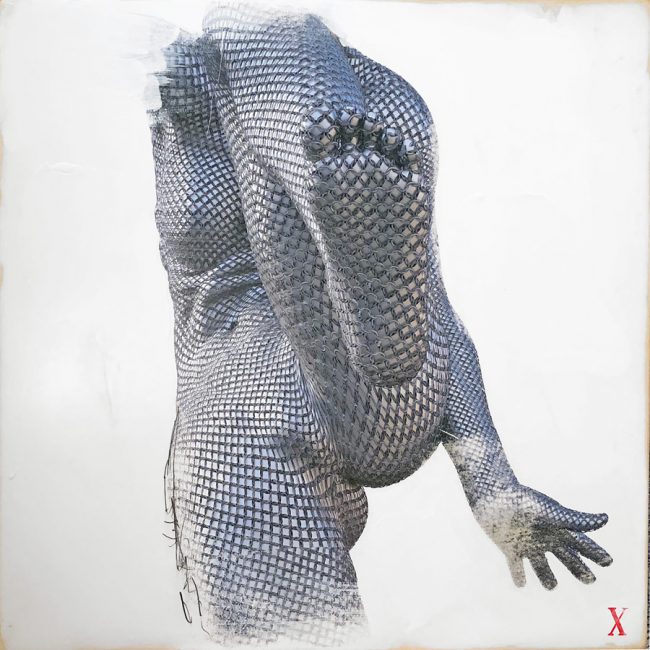 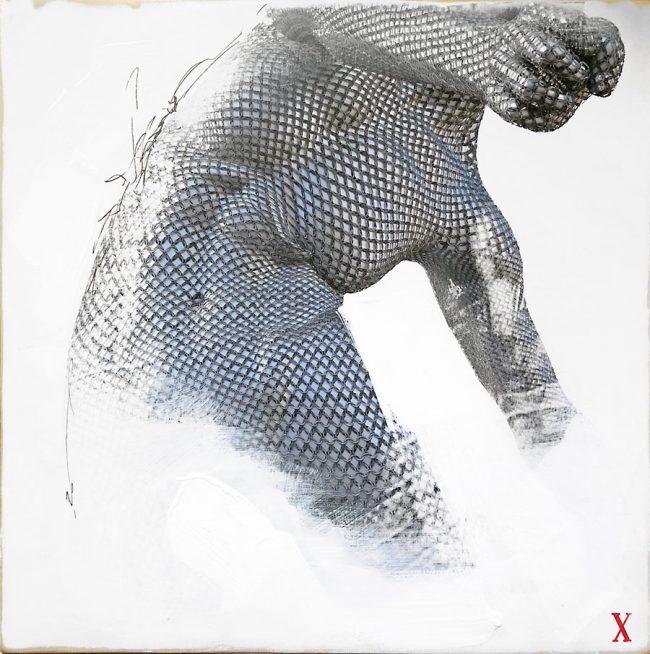 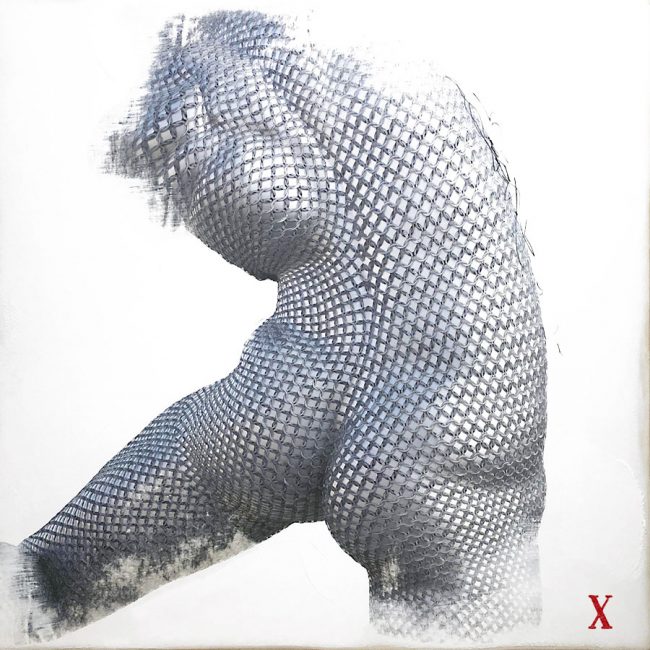 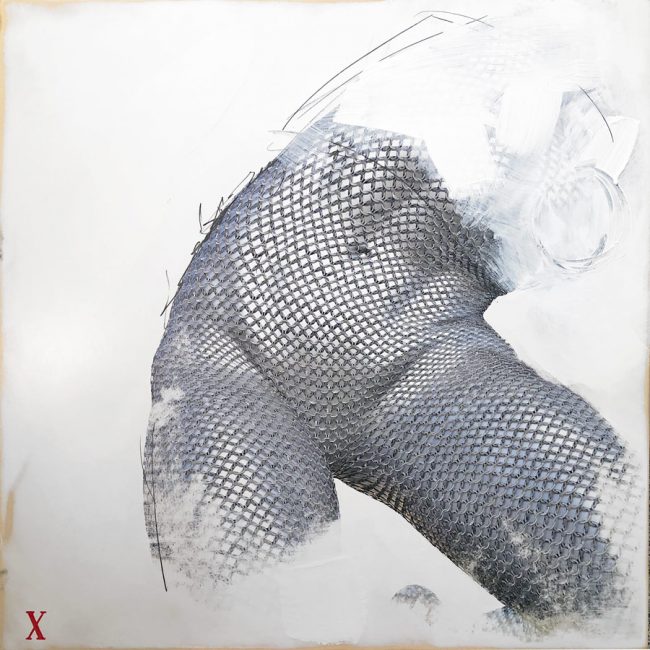 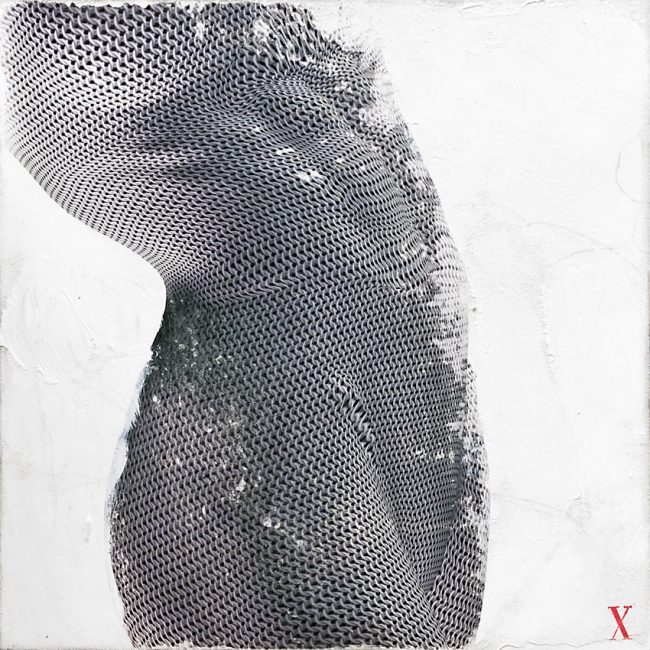 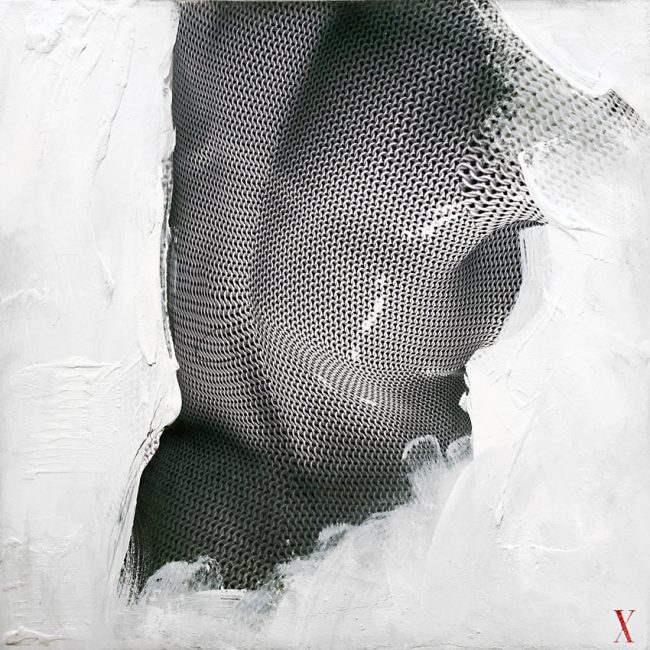 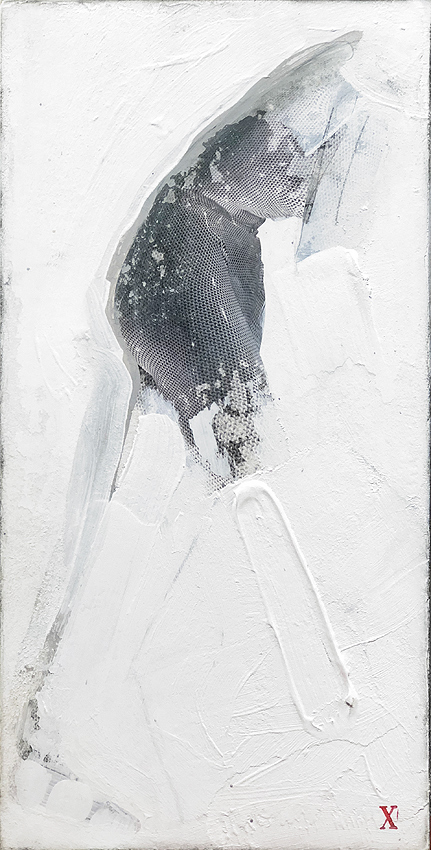 What Joan of Arc wore during her one year as a soldier – chainmail, armor – reinforced her powerful intent to save France and protected her from male sexual aggression. However “virile” she was perceived, Joan was very much a young maiden and was extremely conscious of her vulnerability. Wearing the clothes of a soldier however proved so provocative to church officials that it lead to her being burned at the stake. Joan of Arc is the only person in history ever to be first condemned, and then canonized by the Catholic Church.

This body of work is signed with a red “X.” Joan of Arc never learned to read or write. She recieved no formal schooling except what she learned from her mother, Isabelle. She often dictated her letters to her page Louis de Contes, and her priest, Father Jean Pasquerel. Her dictated letters show tremendous passion, and compassion, even toward the enemies of France. When it came to signing her name, her signature evolved from a simple “X” to eventually her first name, Jehanne.