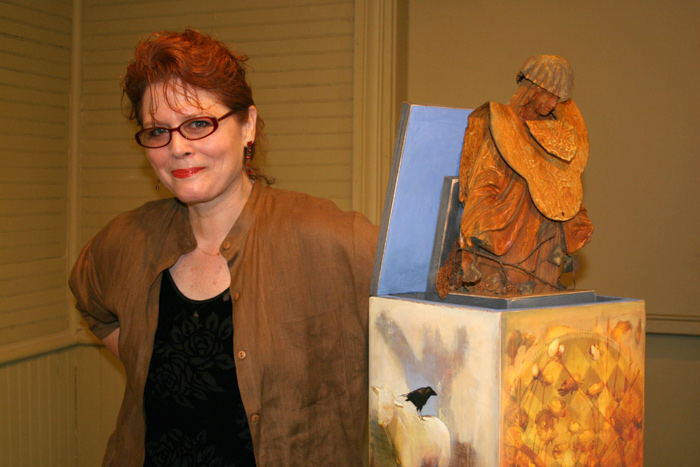 NOTE: About 65 narrative boxes with found object sculptures were created between 2003 – 2007. 3 boxes remain. Almost all of the boxes were photographed by Randy O’Rourke.

In the different box series Visions of an Armored Saint, Pax Boxes and Red Voices, the animals in Joan’s life were considered, all of whom, Joan held in high regard especially the sheep whom she occasionally tended (symbolizing peace)…the crow messengers portending the future; the “parental” horses she rode into battle; the affectionate dogs she knew while held prisoner in an English castle. Joan’s contemporaries viewed all animals – even nature itself – to be subservient. To be hunted, tamed, worked. To Joan, they were her equals. If one were to distill the mysterious persona of this nineteen year old down to one tenet…it would be that her profound sense of compassionate justice extended toward all living things. 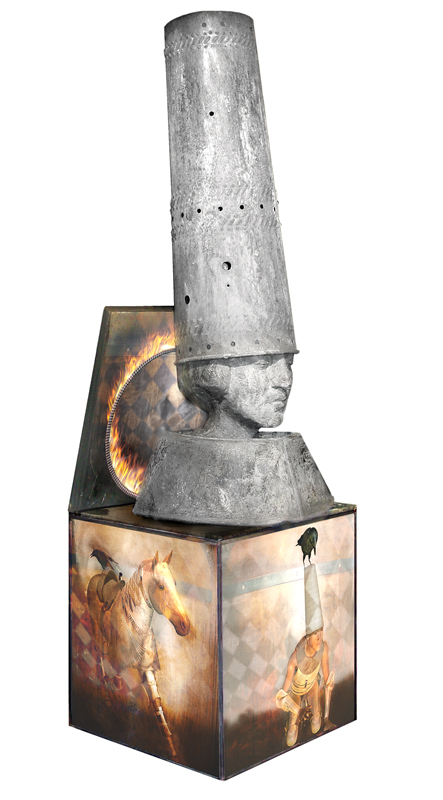 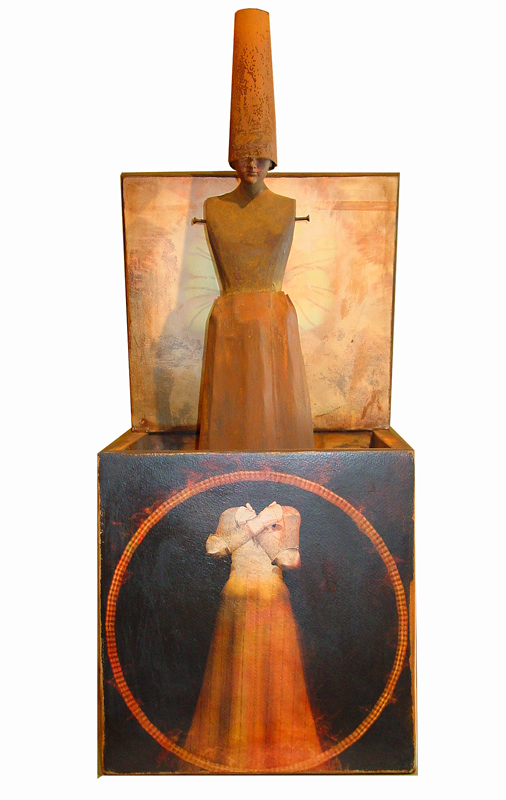 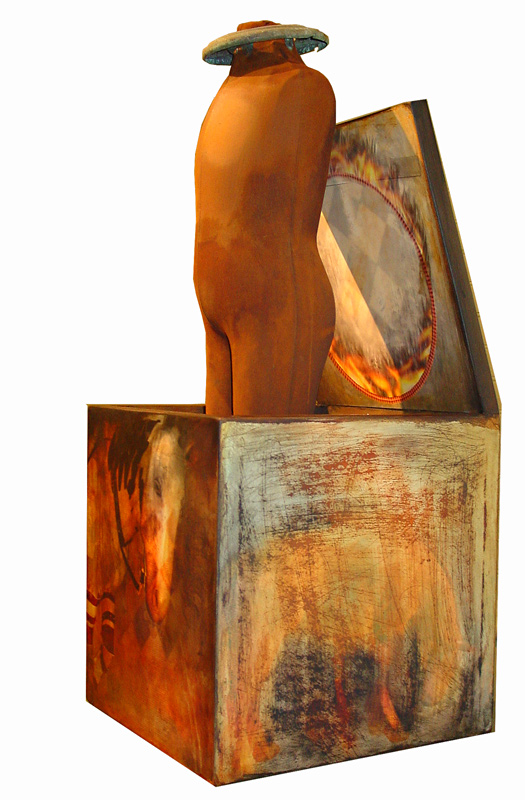 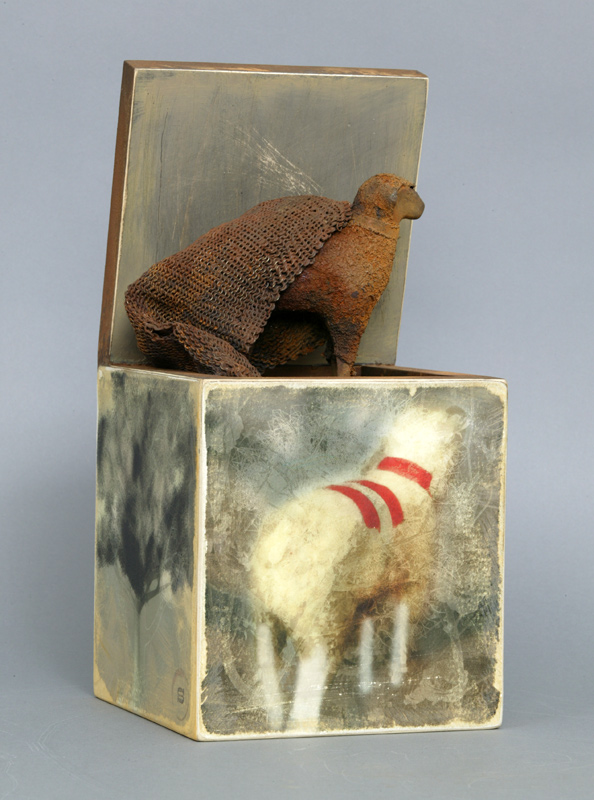 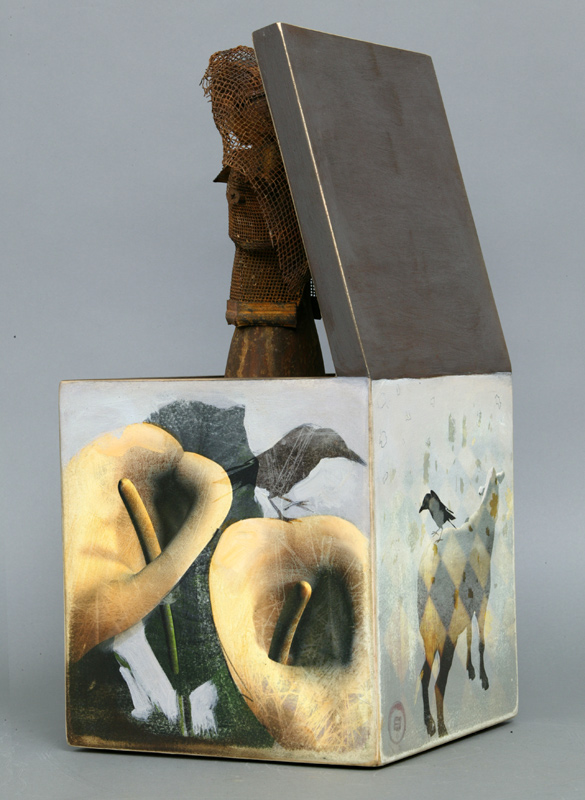 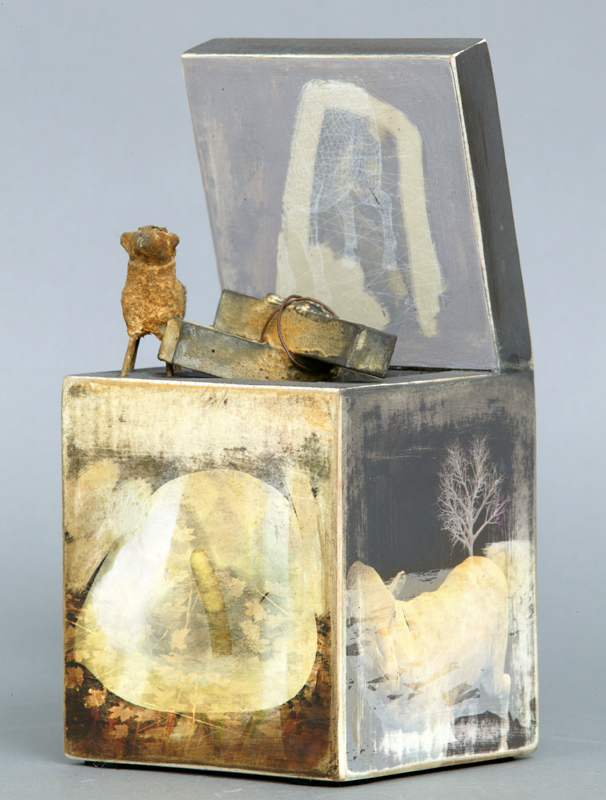 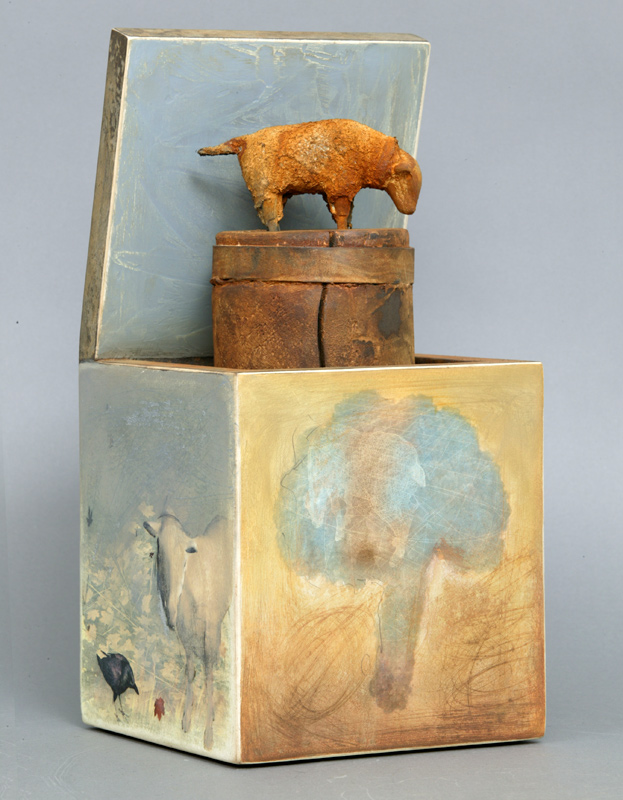 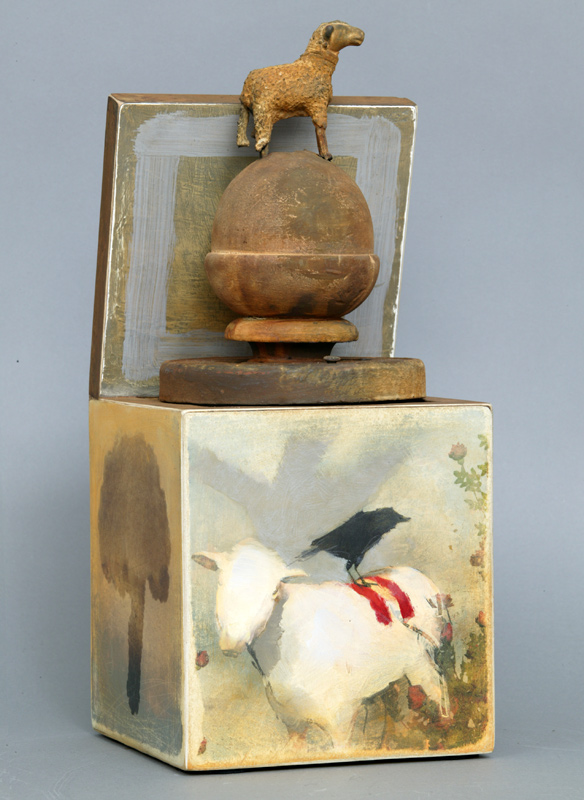 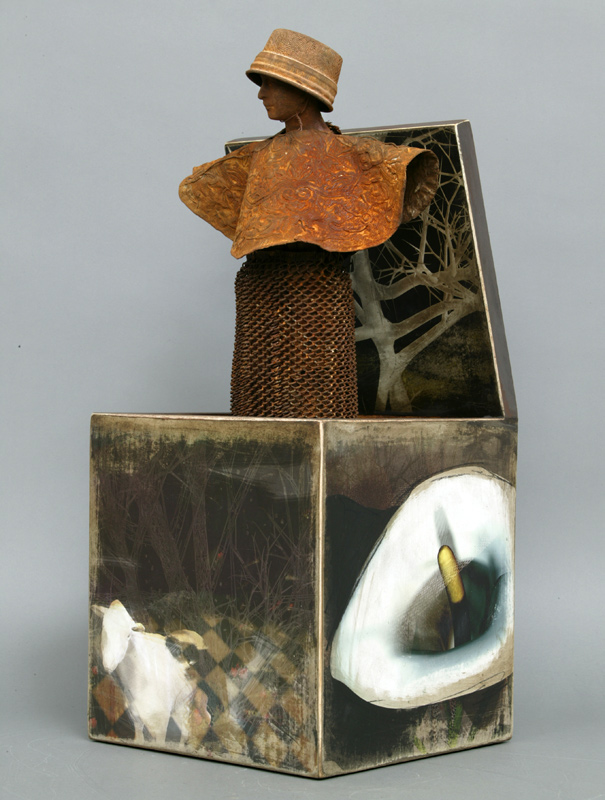 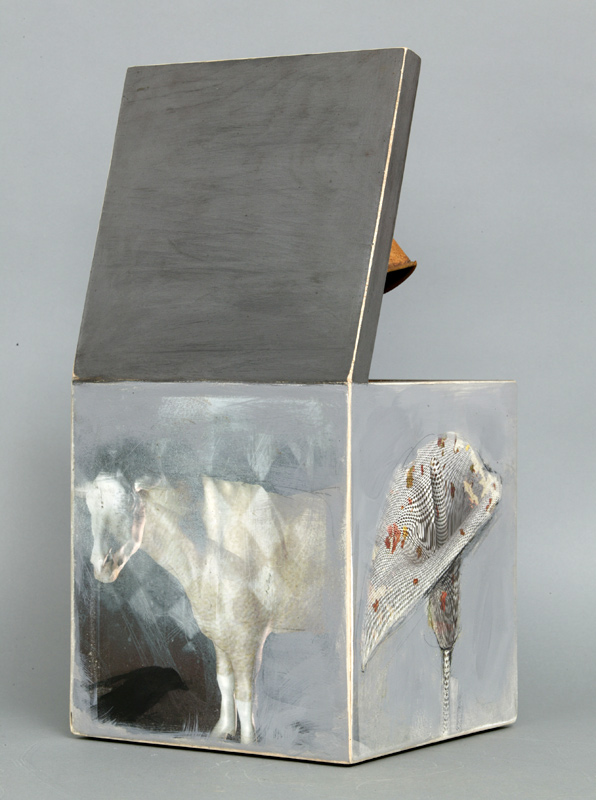 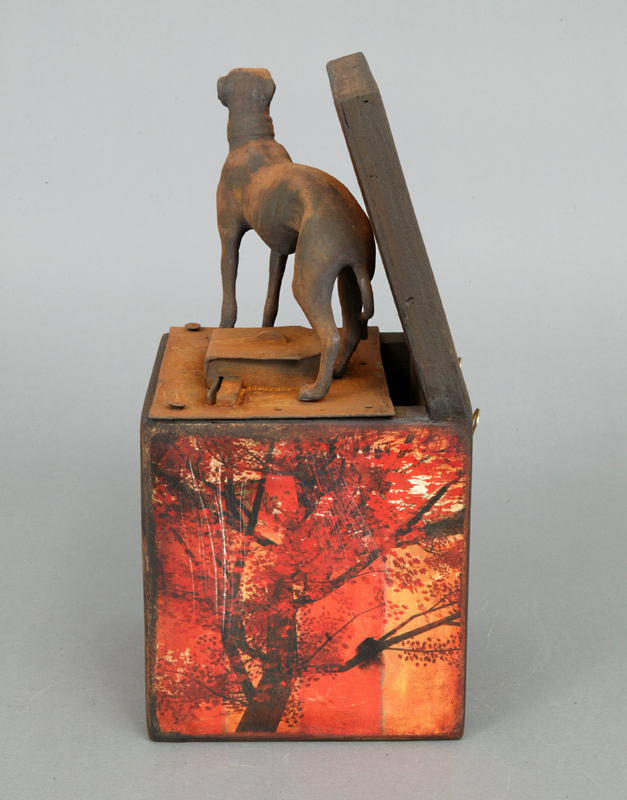 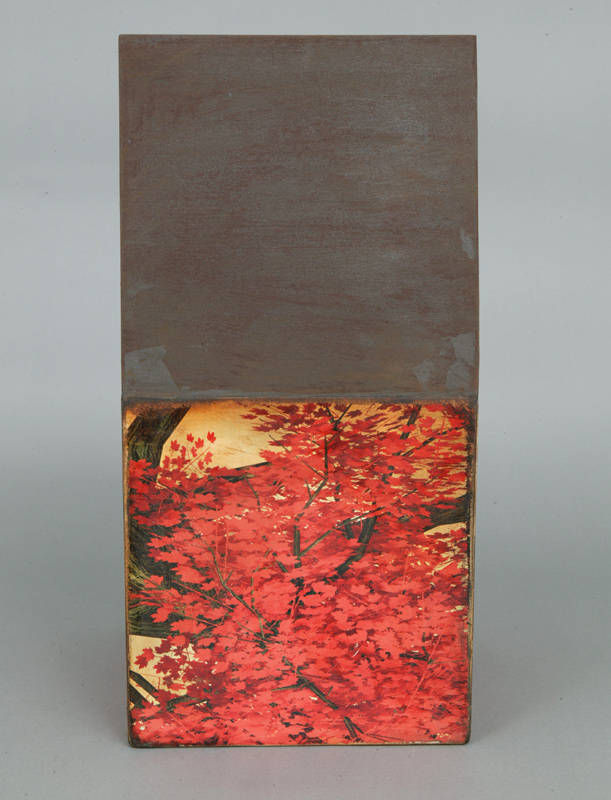 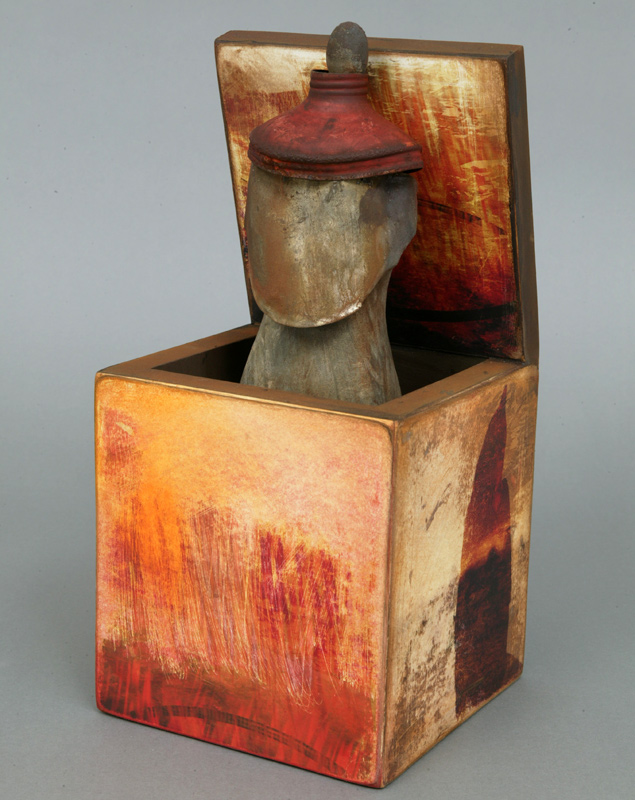 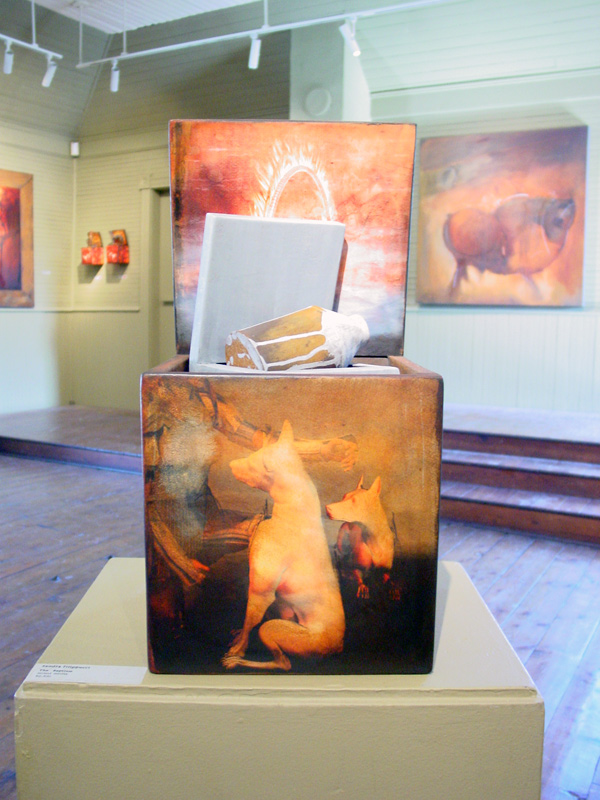